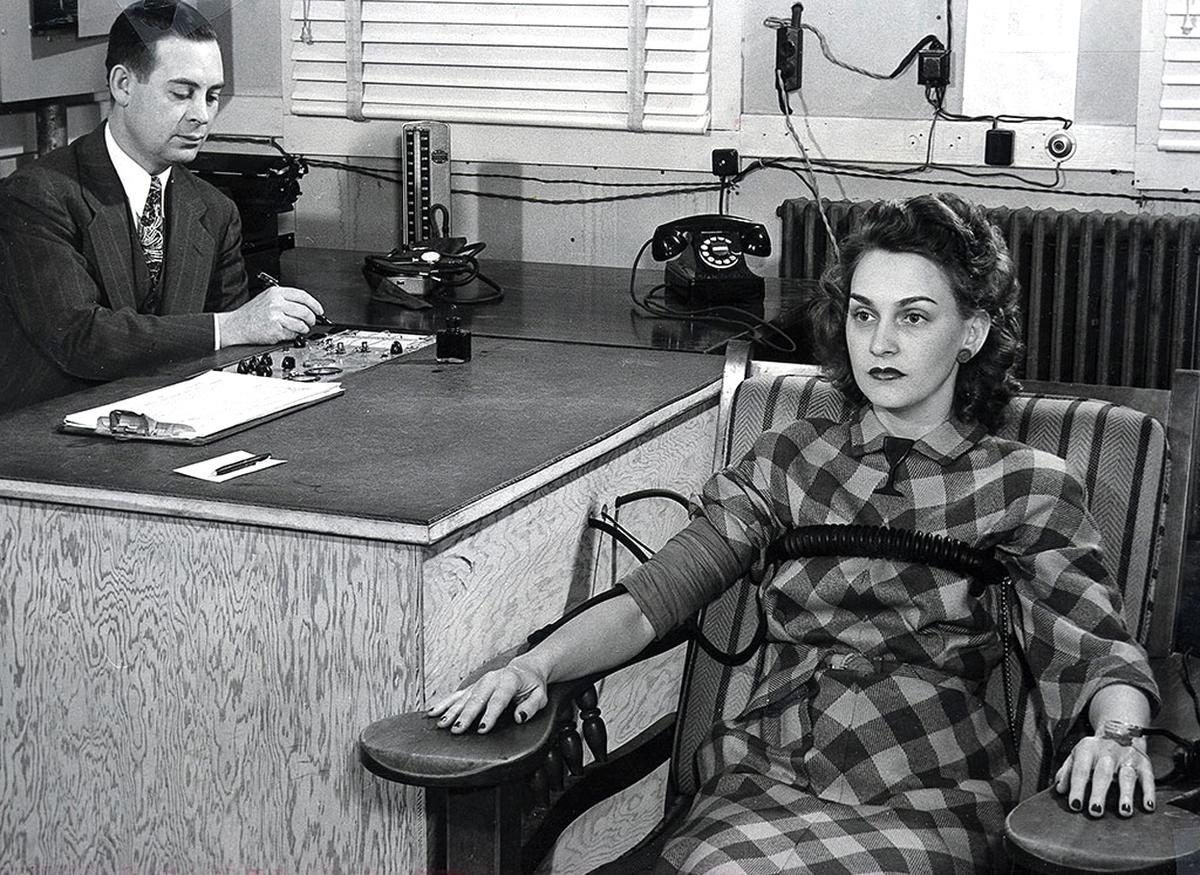 Fingerprint identification and lie detectors are well-known tools of law enforcement today, but both were quite revolutionary when they were introduced. In this week's episode of the Futility Closet podcast we'll describe the memorable cases where these innovations were first used.

In 1892, Bostonians realized that the architects of their new library had hidden their name in the façade.

In 1918, a California businessman built a 7,900-ton steamer out of ferrocement.

Sources for our feature on fingerprints and polygraphs:

William J. Tilstone, Kathleen A. Savage, and Leigh A. Clark, Forensic Science: An Encyclopedia of History, Methods, and Techniques, 2006.

U.S. Office of Technology Assessment, "New Technology for Investigation, Identification, and Apprehension," in Special Report: Criminal Justice, New Technologies, and the Constitution, May 1988.

Thanks to listener Pål Grønås Drange for suggesting the Ken Moses story.

This week's lateral thinking puzzle was contributed by listener Tommy Honton, who sent these corroborating links (warning -- these spoil the puzzle).

If you have a moment, please go to podcastsurvey.net to take a very short anonymous survey about today's episode.