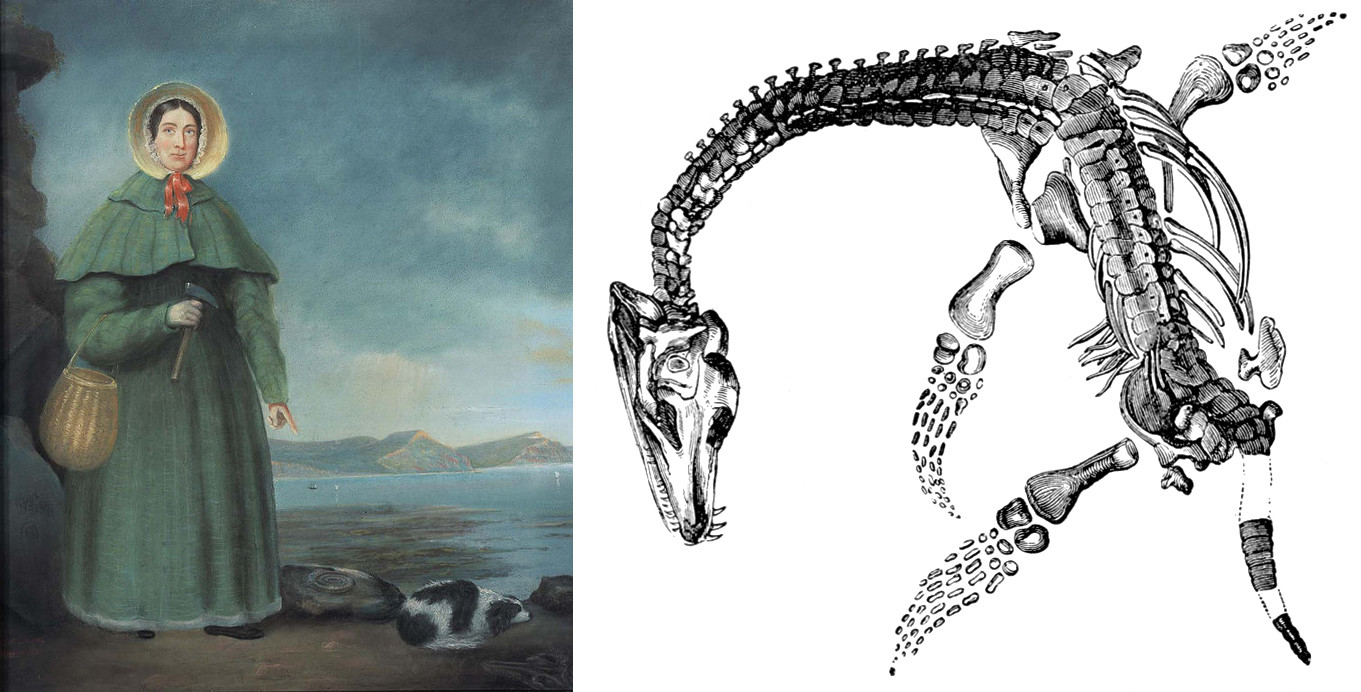 In 1804, when she was 5 years old, Mary Anning began to dig in the cliffs that flanked her English seaside town. What she found amazed the scientists of her time and challenged the established view of world history. In this week's episode of the Futility Closet podcast we'll tell the story of "the greatest fossilist the world ever knew.”

We'll also try to identify a Norwegian commando and puzzle over some further string pulling.

William Rowan Hamilton was so pleased with the fundamental formula for quaternions that he carved it into the bridge on which it occurred to him.

On Christmas morning 1875, Mark Twain's daughter discovered a letter from the moon.

Sources for our feature on Mary Anning:

Shelley Emling, The Fossil Hunter: Dinosaurs, Evolution, and the Woman Whose Discoveries Changed the World, 2009. 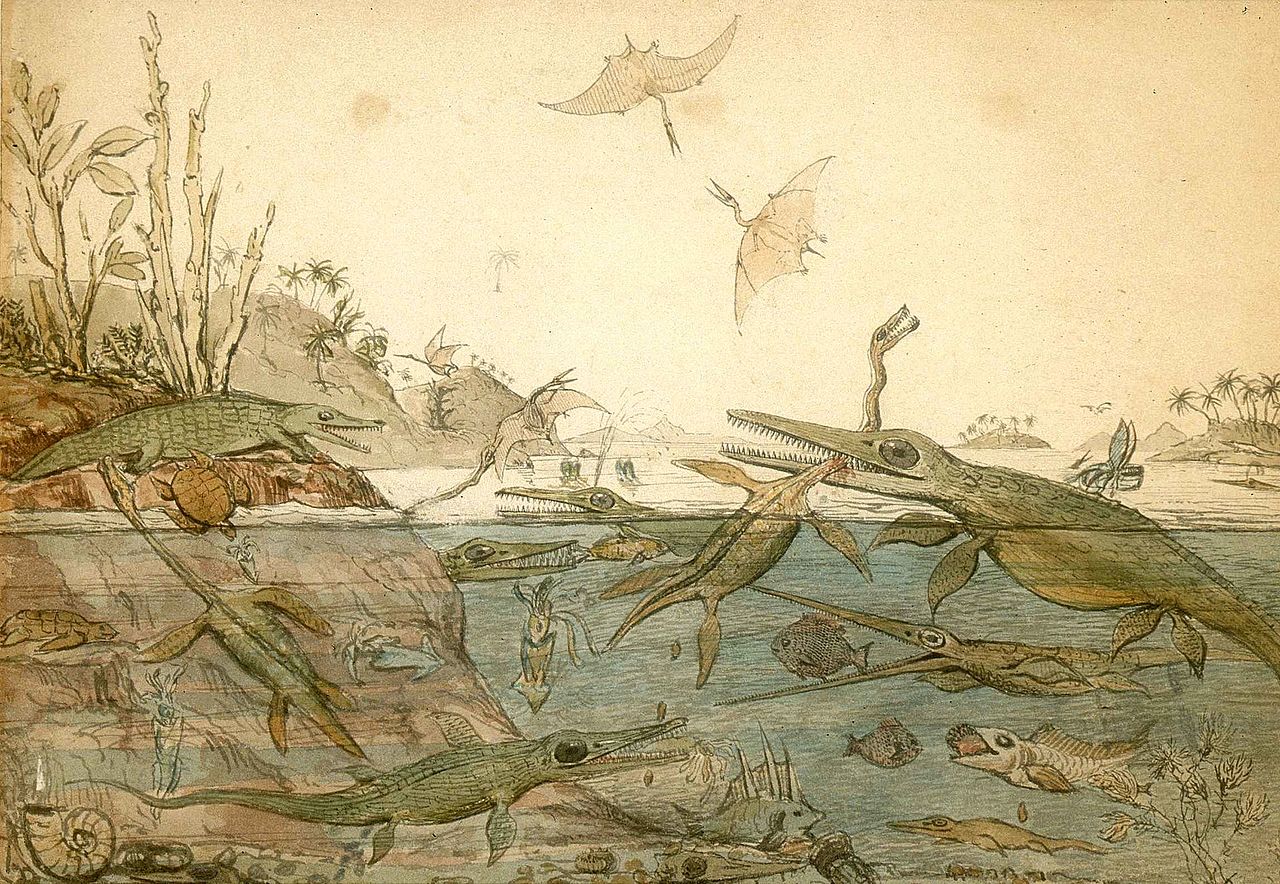 In 1830 the geologist Henry De la Beche painted this watercolor depicting every one of Mary's finds -- he sold lithographs and gave the proceeds to her. This increased her security, but apparently not beyond worry.

Courtney Han, "5-Year-Old Girl Who Was Attacked and Dragged by Bear Is Released From Hospital," ABC News, May 19, 2018.

This week's lateral thinking puzzle was contributed by listener Stefan, who sent this corroborating link (warning -- this spoils this puzzle).