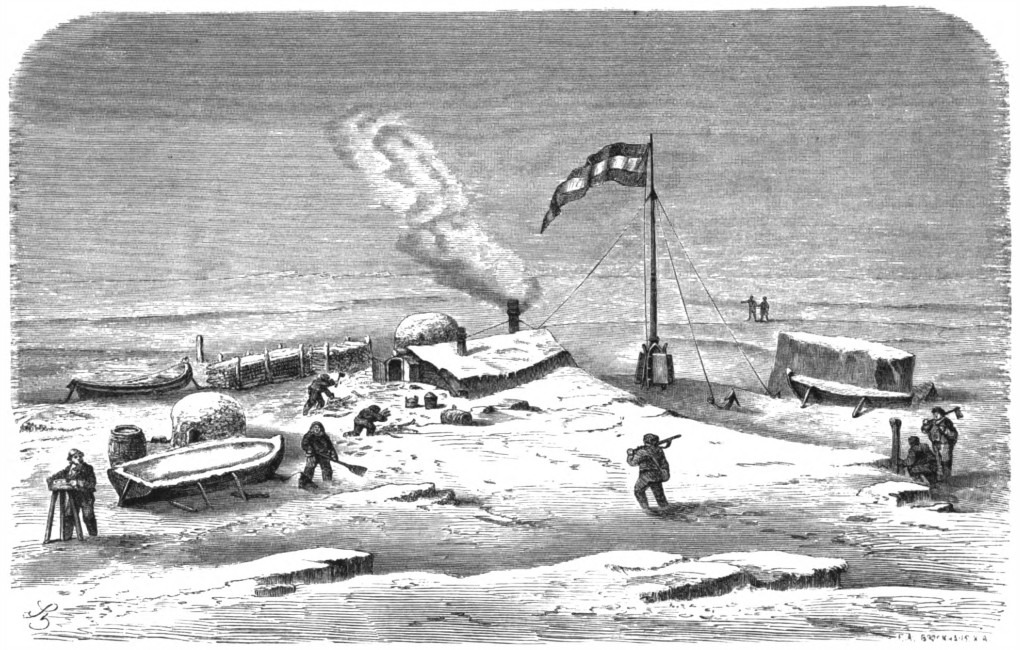 Germany's polar expedition of 1869 took a dramatic turn when 14 men were shipwrecked on an ice floe off the eastern coast of Greenland. As the frozen island carried them slowly toward settlements in the south, it began to break apart beneath them. In this week's episode of the Futility Closet podcast we'll follow the crew of the Hansa on their desperate journey toward civilization.

We'll also honor a slime mold and puzzle over a reversing sunset.

Bruckner's seventh symphony has made generations of cymbalists nervous. 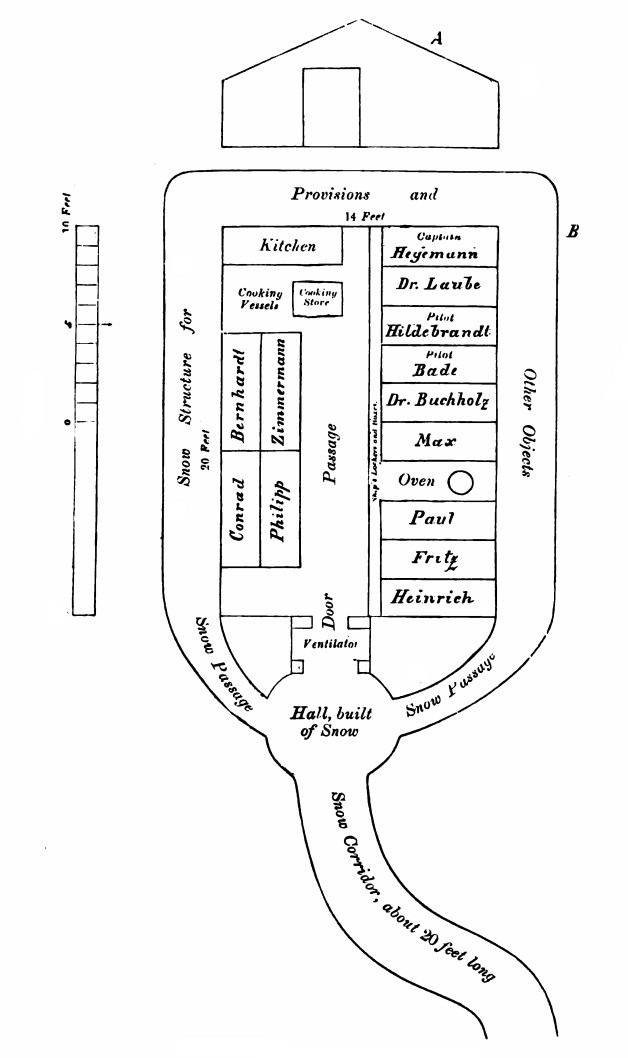 A ground plan of the "Hansa house," from expedition commander Karl Koldewey's 1874 narrative.

Sources for our feature on the Hansa:

Leopold M'Clintock, "Resumé of the Recent German Expedition, from the Reports of Captain Koldewey and Dr. Laube," Proceedings of the Royal Geographical Society of London 15:2 (1870-1871), 102-114.

William Henry Davenport Adams, The Arctic: A History of Its Discovery, Its Plants, Animals and Natural Phenomena, 1876. 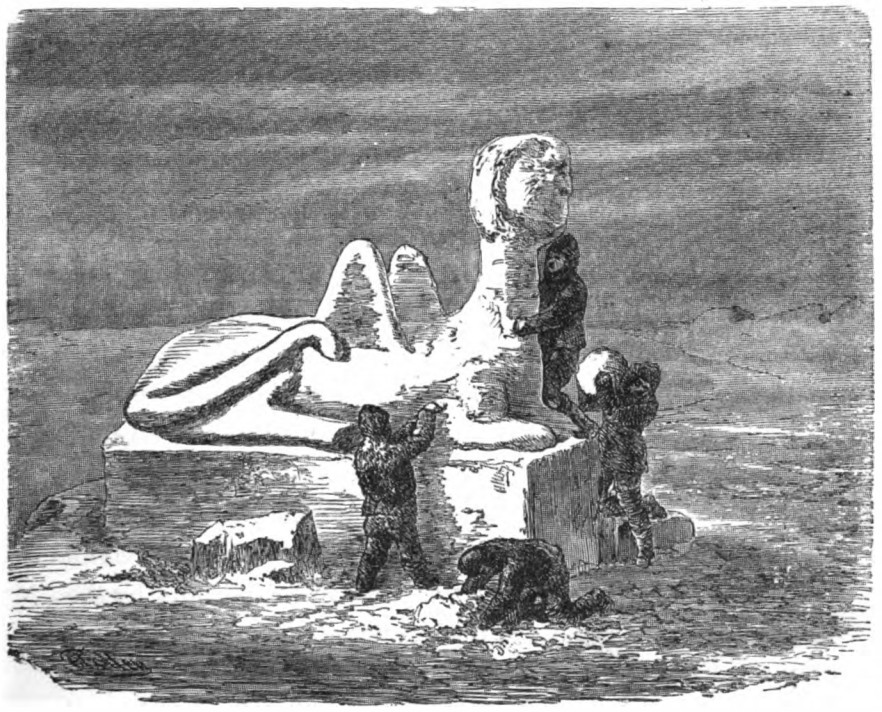 A sphinx of snow.

Joseph Stromberg, "If the Interstate System Were Designed by a Slime Mold," Smithsonian.com, May 15, 2012.