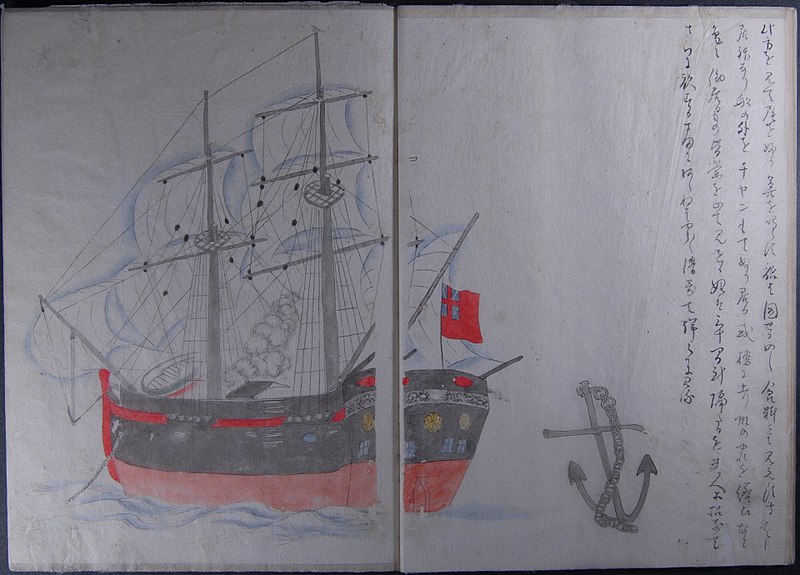 In 1829 a group of convicts commandeered a brig in Tasmania and set off across the Pacific, hoping to elude their pursuers and win their freedom. In this week's episode of the Futility Closet podcast we'll describe the mutineers of the Cyprus and a striking new perspective on their adventure.

We'll also consider a Flemish dog and puzzle over a multiplied Oscar.

Mark Twain slipped an esophagus into a 1902 short story.

Sources for our feature on William Swallow:

Warwick Hirst, The Man Who Stole the Cyprus: A True Story of Escape, 2008.

Andrew Steinmetz, Japan and Her People, 1859.

Rachel Mealey, "The Brig Cyprus: How an English Surfer Solved the Mystery of an Australian Pirate Ship in Japan," ABC News, June 24, 2017. 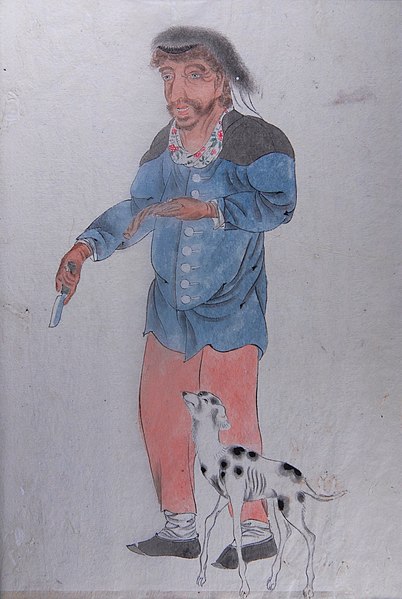 "As we approached the barbarian ship the dog wagged its tail and whined at us. Its face looks like my illustration. It did not look like food. It looked like a pet." Watercolors by samurai artist Makita Hamaguchi, 1830, from the Tokushima prefectural archive.