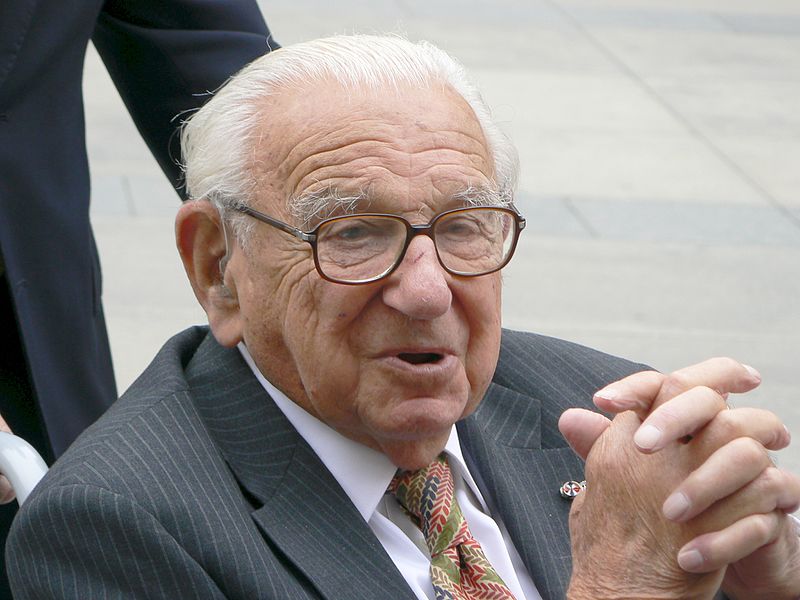 In 1939, as the shadow of war spread over Europe, British stockbroker Nicholas Winton helped to spirit hundreds of threatened children out of Czechoslovakia. In this week's episode of the Futility Closet podcast we'll describe Winton's struggle to save the children and the world's eventual recognition of his achievements.

We'll also consider some ghostly marriages and puzzle over a ship's speed.

There's a "technical version" of "A Visit From St. Nicholas."

Sources for our feature on Nicholas Winton:

Barbara Winton, If It's Not Impossible--: The Life of Sir Nicholas Winton, 2014.

Rod Gragg, My Brother's Keeper: Christians Who Risked All to Protect Jewish Targets of the Nazi Holocaust, 2016.

Ivan A. Backer, My Train to Freedom: A Jewish Boy's Journey From Nazi Europe to a Life of Activism, 2016.

Winton appeared twice on the BBC1 television series That's Life!, on Feb. 27 and March 6, 1988. This video combines both appearances.

This week's lateral thinking puzzle was contributed by listener Ken Somolinos, who sent this corroborating link (warning -- this spoils the puzzle).