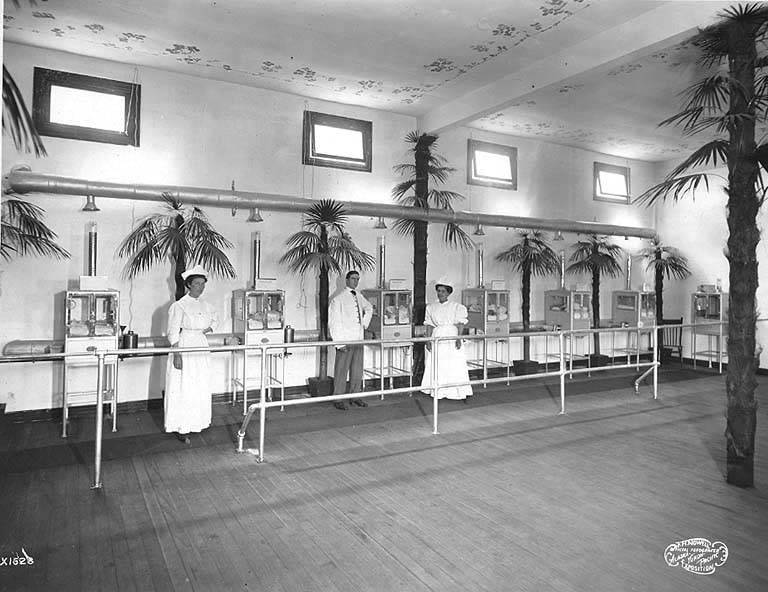 For more than 40 years in the early 20th century, Martin Couney ran a sideshow in which premature babies were displayed in incubators. With this odd practice he offered a valuable service in an era when many hospitals couldn't. In this week's episode of the Futility Closet podcast we'll describe Couney's unusual enterprise, which earned both criticism and praise.

We'll also marvel over an Amazonian survival and puzzle over a pleasing refusal.

The inventor of the Dewey Decimal System suggested that GHEAUGHTEIGHPTOUGH might spell potato.

John VI of Portugal listened to visitors through his throne.

Sources for our feature on Martin Couney:

Janet Golden, Babies Made Us Modern: How Infants Brought America Into the Twentieth Century, 2018.

Elizabeth A. Reedy, American Babies: Their Life and Times in the 20th Century, 2007.

Jeffrey P. Baker, The Machine in the Nursery: Incubator Technology and the Origins of Newborn Intensive Care, 1996.

Claire Prentice, "The Man Who Ran a Carnival Attraction That Saved Thousands of Premature Babies Wasn’t a Doctor at All," Smithsonian, Aug. 19, 2016.

Magdalena Mazurak and Małgorzata Czyżewska, "Incubator Doctor and the Dionne Quintuplets: On the Phenomenon of Exhibiting Premature Infants," Dental and Medical Problems 43:2 (2006), 313-316.

"Shahid Afridi Reveals His Real Age in Autobiography," ESPNcricinfo, May 2, 2019.

This week's lateral thinking puzzle was contributed by listener Jack McLachlan. Here's a corroborating link (warning -- this spoils the puzzle).