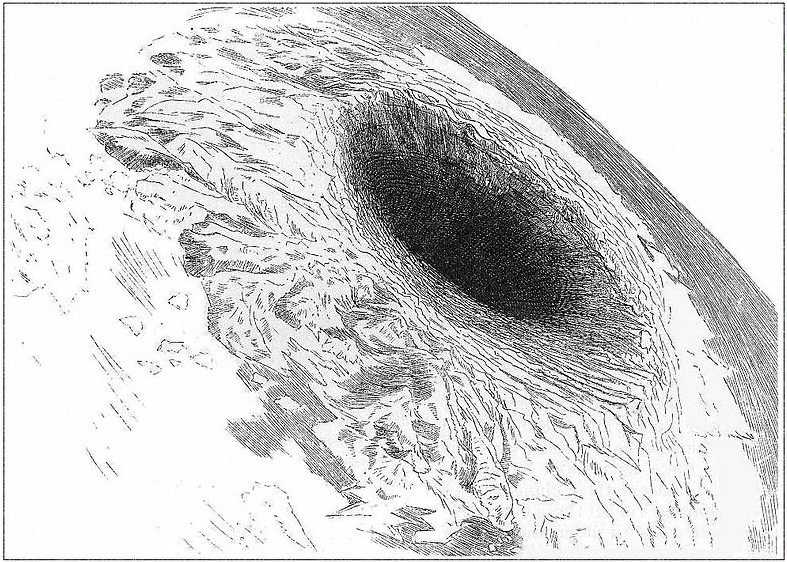 In 1818, Army veteran John Cleves Symmes Jr. declared that the earth was hollow and proposed to lead an expedition to its interior. He promoted the theory in lectures and even won support on Capitol Hill. In this week's episode of the Futility Closet podcast we'll describe Symmes' strange project and its surprising consequences.

We'll also revisit age fraud in sports and puzzle over a curious customer.

Sources for our feature on John Cleves Symmes Jr.:

Martin Gardner, Fads and Fallacies in the Name of Science, 1986.

Americus Symmes, The Symmes Theory of Concentric Spheres: Demonstrating That the Earth Is Hollow, Habitable Within, and Widely Open About the Poles, 1878.

James McBride and John Cleves Symmes, Symmes's Theory of Concentric Spheres: Demonstrating That the Earth Is Hollow, Habitable Within, and Widely Open About the Poles, 1826.

Marissa Fessenden, "John Quincy Adams Once Approved an Expedition to the Center of the Earth," smithsonianmag.com, May 7, 2015.

Matt Simon, "Fantastically Wrong: The Real-Life Journey to the Center of the Earth That Almost Was," Wired, Oct. 29, 2014.

Louis B. Wright, "Eccentrics, Originals, and Still Others Ahead of Their Times," New York Times, July 21, 1957.

"Symmes and Howgate: What the Believer in the Polar Opening Thinks of the Latter's Plan of Reaching the Open Polar Sea," New York Times, Feb. 24, 1877.

Tom Kludt, "Age-Old Problem: How Easy Is It for Athletes to Fake Their Birthdates?" Guardian, March 16, 2021.

This week's lateral thinking puzzle is taken from Agnes Rogers' 1953 book How Come? A Book of Riddles, sent to us by listener Jon Jerome.