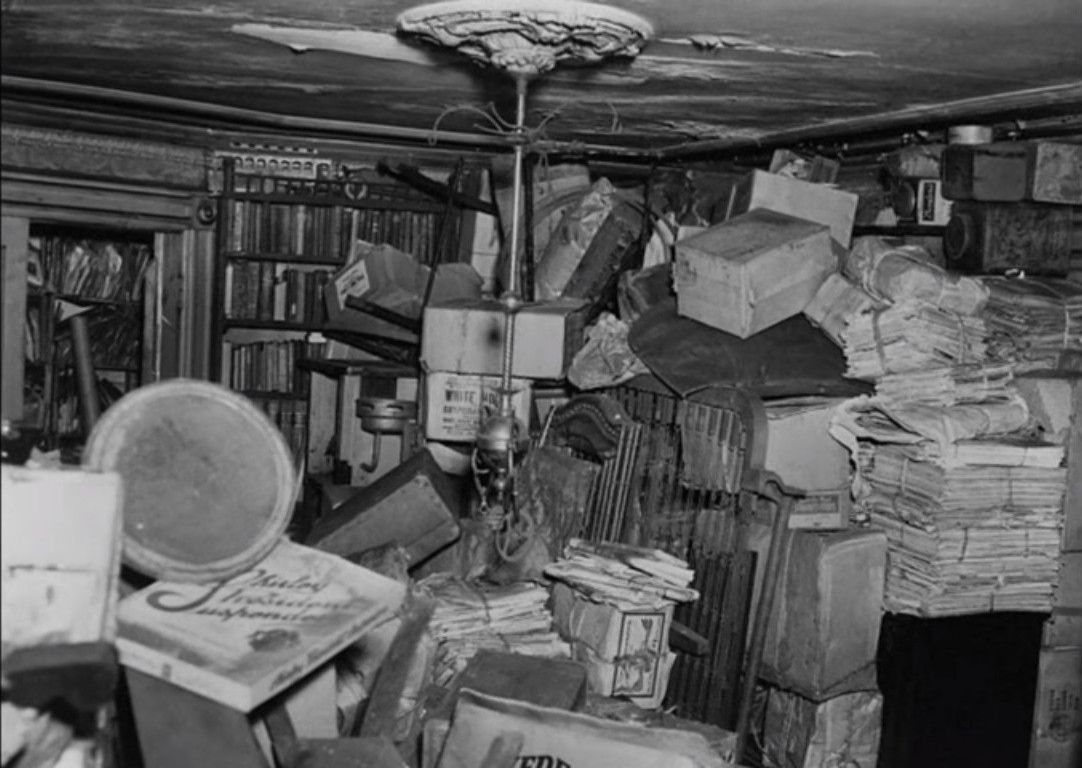 In the 1930s, brothers Homer and Langley Collyer withdrew from society and began to fill their Manhattan brownstone with newspapers, furniture, musical instruments, and assorted junk. By 1947, when Homer died, the house was crammed with 140 tons of rubbish, and Langley had gone missing. In this week's episode of the Futility Closet podcast we'll tell the strange, sad story of the Hermits of Harlem.

We'll also buy a bit of Finland and puzzle over a banker's misfortune.

When New Amsterdam governor Wilhelm Kieft tried to outlaw smoking in the 1630s, his citizens literally puffed him into submission.

Sources for our feature on the Collyer brothers:

Michael Kernan, "The Collyer Saga And How It Grew; Recalling the Men Who Turned Trash Into Legend," Washington Post, February 8, 1983, B1.

This week's lateral thinking puzzle was contributed by listener Tommy Honton, who sent this corroborating link (warning -- this spoils the puzzle).

Please consider becoming a patron of Futility Closet -- on our Patreon page you can pledge any amount per episode, and we've set up some rewards to help thank you for your support. You can also make a one-time donation on the Support Us page of the Futility Closet website. Many thanks to Doug Ross for the music in this episode.