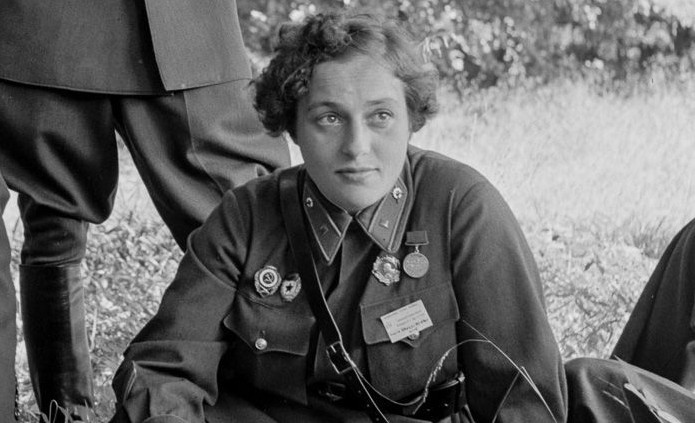 Lyudmila Pavlichenko was training for a career as a history teacher when Germany invaded the Soviet Union in 1941. She suspended her studies to enlist as a sniper in the Red Army, where she discovered a remarkable talent for shooting enemy soldiers. In this week's episode of the Futility Closet podcast we'll trace the career of "Lady Death," the deadliest female sniper in history.

We'll also learn where in the world futility.closet.podcast is and puzzle over Air Force One.

Andy Warhol's Brillo Boxes creates a host of puzzles in the philosophy of art.

Sources for our feature on Lyudmila Pavlichenko:

Our territory on What3Words.

This week's lateral thinking puzzle was devised by Greg. Here's a corroborating link (warning -- this spoils the puzzle).