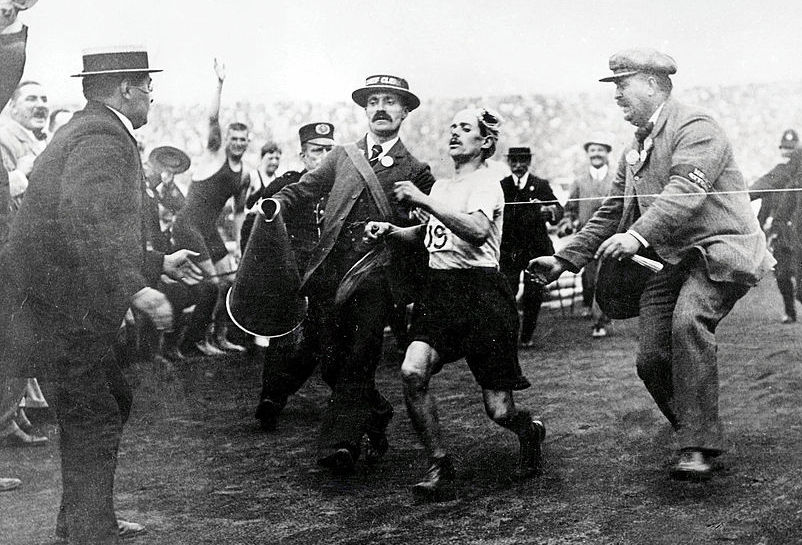 In 1908 a 22-year-old Italian baker's assistant arrived in London to take part in the Olympic marathon. He had no coach, he spoke no English, and he was not expected to challenge the elite runners at the top of the field. In this week's episode of the Futility Closet podcast we'll follow Dorando Pietri on the most celebrated race in Olympic history.

In July 1968 ethologist John B. Calhoun built a paradise for mice.

Mother Goose rhymes can be hidden phonetically in French and German.

Sources for our feature on Dorando Pietri:

Simon Burnton, "How Dorando Pietri Lost the Race but Won the Hearts of Millions," Guardian, Feb. 29, 2012.

"There's a Name for That: The Baader-Meinhof Phenomenon," Pacific Standard, July 22, 2013.

Arnold M. Zwicky, "Why Are We So Illuded?", Stanford University, September 2006.