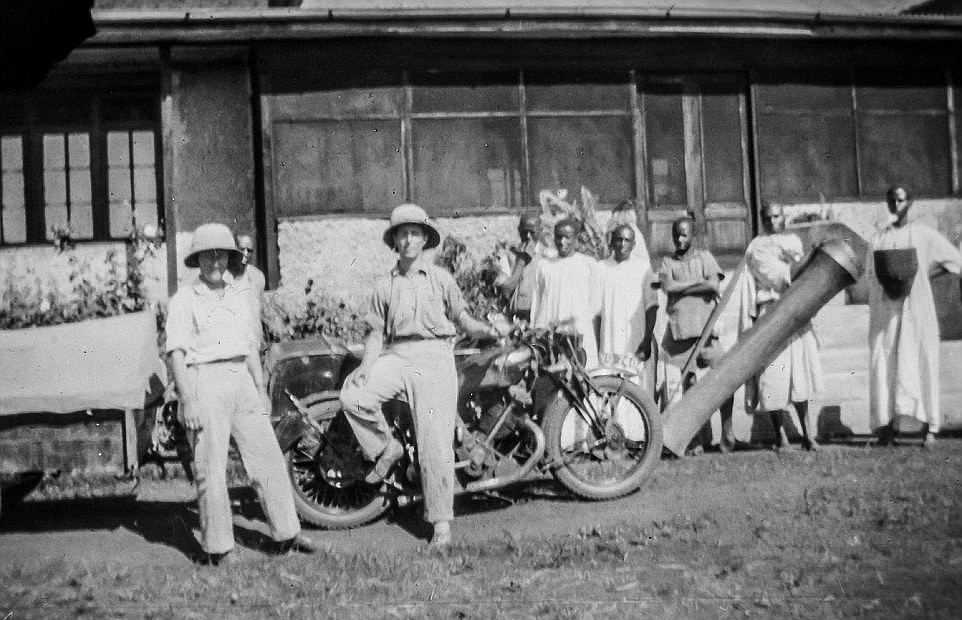 In 1934, two Englishwomen set out to do what no one had ever done before: travel the length of Africa on a motorcycle. In this week's episode of the Futility Closet podcast we'll follow Theresa Wallach and Florence Blenkiron from Algiers to Cape Town on a 14,000-mile adventure that many had told them was impossible.

We'll also anticipate some earthquakes and puzzle over a daughter's age.

Among the survivors of the Titanic were two boys who were unclaimed by any adult.

In 1638, Galileo saw through a mistake in Aristotle simply by thinking about it.

Sources for our feature on Theresa Wallach and Florence Blenkiron's trans-African odyssey: