265-The Great Hedge of India

265-The Great Hedge of India 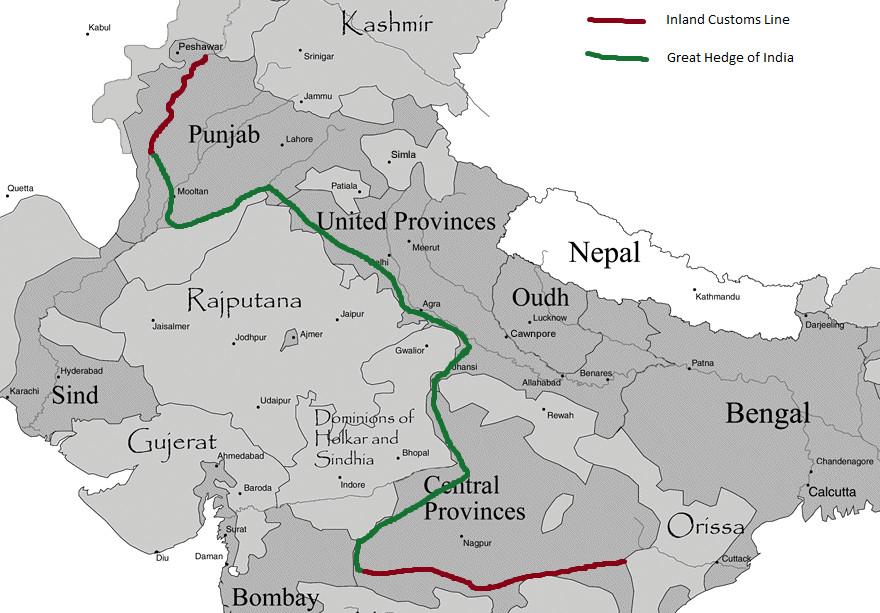 In the 19th century, an enormous hedge ran for more than a thousand miles across India, installed by the British to enforce a tax on salt. Though it took a Herculean effort to build, today it's been almost completely forgotten. In this week's episode of the Futility Closet podcast we'll describe this strange project and reflect on its disappearance from history.

We'll also exonerate a rooster and puzzle over a racing murderer.

A group of plasterers working in London’s Tate Britain art gallery in 1897 left a message for future generations.

Four chemical elements were discovered in the same Swedish mine.

Sources for our feature on the Great Hedge of India:

Roy Moxham, The Great Hedge of India: The Search for the Living Barrier that Divided a People, 2001.

"If It Quacks Like a Duck: Boisterous Poultry Land French Owner in Court," Agence France-Presse, Sept. 2, 2019.

Meagan Flynn, "A Lawsuit Against Maurice the Rooster Divided France. Now a Judge Says He Can Crow in Peace," Washington Post, Sept 6, 2019.

This week's lateral thinking puzzle was contributed by listener Dafydd Viney, who sent this corroborating link (warning -- this spoils the puzzle).