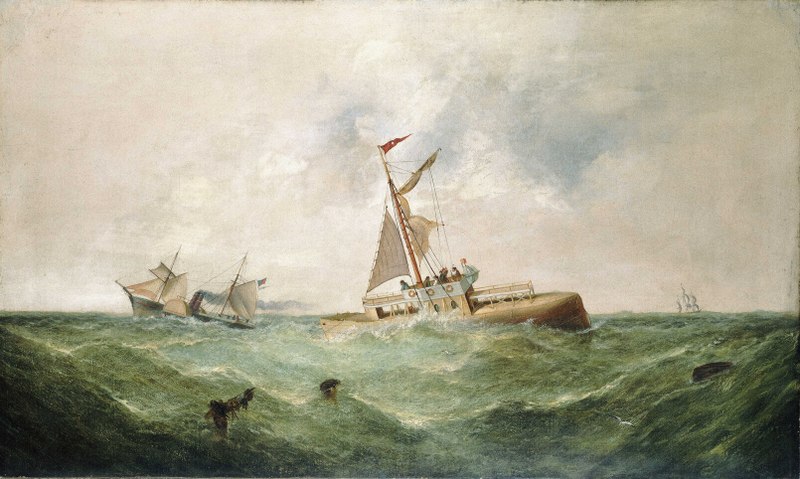 In the 19th century, France, England, and the United States each set out to bring home an Egyptian obelisk. But each obelisk weighed hundreds of tons, and the techniques of moving them had long been forgotten. In this week's episode of the Futility Closet podcast we'll follow the struggles of each nation to transport these massive monoliths using the technology of the 1800s.

We'll also go on an Australian quest and puzzle over a cooling fire.

Norway's flag incorporates those of six other nations.

Sources for our feature on the Egyptian obelisks:

Martina D'Alton, The New York Obelisk, or, How Cleopatra's Needle Came to New York and What Happened When It Got Here, 1993.

Charles Edward Moldenke, The New York Obelisk, Cleopatra's Needle: With a Preliminary Sketch of the History, Erection, Uses, and Signification of Obelisks, 1891.

"Cleopatra's Needle: Loss of the Obelisk Off Cape Finistere a Heavy Gale in Which the Steamer Lost Six Men in Rescuing the Crew From the Craft," New York Times, Oct. 18, 1877.

"The Gregorian Reform of the Calendar," Encyclopedia.com (accessed Mar. 6, 2021).