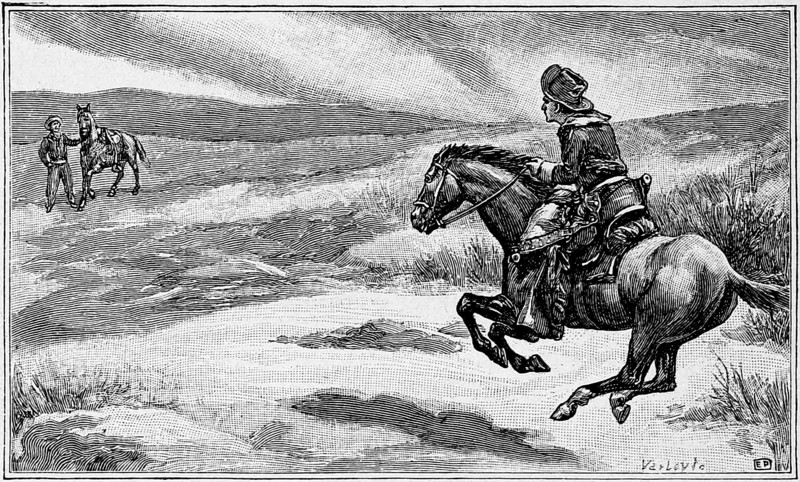 In this week's episode of the Futility Closet podcast we'll explore some curiosities and unanswered questions from Greg's research, including a novelist's ashes, some bathing fairies, the mists of Dartmoor, and a ballooning leopard.

We'll also revisit the Somerton man and puzzle over an armed traveler.

Amanda McKittrick Ros is widely considered the worst novelist of all time.

Sources for our notes and queries:

The Pony Express ad is quoted in Christopher Corbett's 2004 history Orphans Preferred: The Twisted Truth and Lasting Legend of the Pony Express. It appeared first in Missouri amateur historian Mabel Loving's posthumous 1961 history The Pony Express Rides On!, but she cites no source, and no one's been able to find the ad.

The anecdote about John Gawsworth keeping M.P. Shiel's ashes in a biscuit tin appears in John Sutherland's 2011 book Lives of the Novelists. "The comedian and scholar of nineteenth-century decadent literature, Barry Humphries, was (unwillingly) one such diner -- 'out of mere politeness.'" Sutherland gives only this source, which says nothing about the ashes. (Thanks, Jaideep.)

Joseph Addison's definition of a pun appeared in the Spectator, May 10, 1711. Theodore Hook's best pun is given in William Shepard Walsh's Handy-Book of Literary Curiosities, 1892.

Richard Sugg's anecdote of the Ilkley fairies appears in this 2018 Yorkshire Post article.

The proof of the Pythagorean theorem by "Miss E. A. Coolidge, a blind girl" appears in Robert Kaplan and Ellen Kaplan's 2011 book Hidden Harmonies: The Lives and Times of the Pythagorean Theorem. They found it in Elisha Scott Loomis' 1940 book The Pythagorean Proposition, which cites the Journal of Education (Volume 28, 1888, page 17), which I haven't been able to get my hands on -- the Kaplans couldn't either, until they discovered it had been mis-shelved in the stacks of Harvard's Gutman Library. Neither Loomis nor the Kaplans gives the proof as it originally appeared, and neither gives Coolidge's age at the proof.

The anecdote of the Dartmoor fog appears in William Crossing's 1888 book Amid Devonia's Alps.

The Paris fogs of the 1780s are described in Louis-Sébastien Mercier's Tableau de Paris (Chapter CCCLXIV, 1:1014), a 12-volume topographic description of the city that appeared between 1782 and 1788, as quoted in Jeremy Popkin, ed., Panorama of Paris: Selections From Tableau de Paris, 2010. "I have known fogs so thick that you could not see the flame in their lamps," Mercier wrote, "so thick that coachmen have had to get down from their boxes and feel their way along the walls. Passers-by, unwilling and unwitting, collided in the tenebrous streets; and you marched in at your neighbour's door under the impression that it was your own."

The anecdote about Charles Green and his ballooning companions appears in John Lucas' 1973 book The Big Umbrella.

The best image I've been able to find of the Dobhar-chú, the "king otter" of Irish folklore, accompanies this 2018 article from the Leitrim Observer. Does a photo exist of Grace Connolly's entire headstone?

According to WorldCat, G.V. Damiano's 1922 book Hadhuch-Anti Hell-War is held only by the New York Public Library System; by Trinity College Library in Hartford, Ct.; and by the Center for Research Libraries in Chicago. If it's available online, I haven't been able to find it.

The incident of the dividing typewriters is mentioned in this article from the Vancouver Sun, and there's a bit more on this Australian typewriter blog.

The anecdote about Enroughty being pronounced "Darby" appears in the designer's notes for the wargame The Seven Days, Volume III: Malvern Hill. This 1912 letter to the New York Times affirms the pronunciation, and this 1956 letter to American Heritage gives another explanation of its origin -- one of many. A few more confirming sources:

But even if it's true, there's no consistent explanation as to how this state of affairs came about.

Daniel Keane and Rhett Burnie, "The Somerton Man's Remains Have Been Exhumed — So What Happens Next?" ABC News, May 19, 2021.

Hilary Whiteman, "The Somerton Man Died Alone on a Beach in 1948. Now Australian Scientists Are Close to Solving the Mystery," CNN, May 31, 2021.

This week's lateral thinking puzzle was contributed by listener Sarah Gilbert, who sent this corroborating link (warning -- this spoils the puzzle).