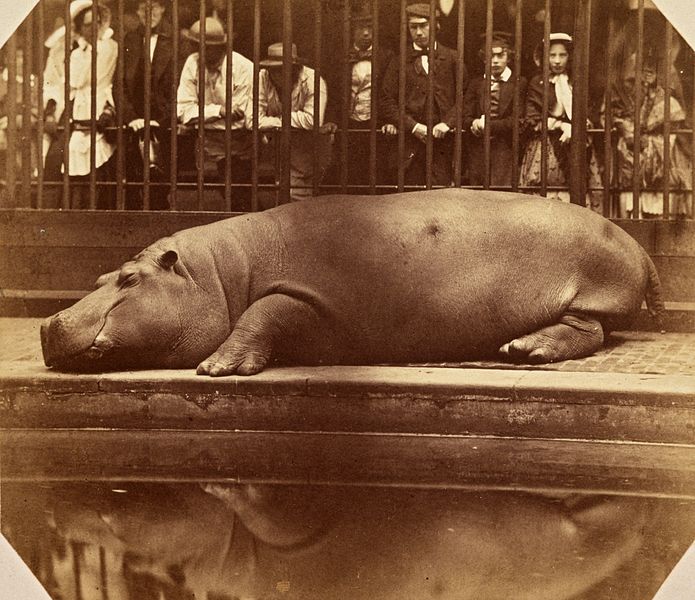 In 1850, England received a distinguished guest: A baby hippopotamus arrived at the London Zoo. Obaysch was an instant celebrity, attracting throngs of visitors while confounding his inexperienced keepers. In this week's episode of the Futility Closet podcast we'll describe his long tenure at the zoo, more than 4,000 miles from his Egyptian home.

We'll also remark on a disappearing signature and puzzle over a hazardous hand sign.

In 1969 Rolling Stone invented a fake album with a real fanbase.

Sources for our feature on Obaysch:

Hannah Velten, Beastly London: A History of Animals in the City, 2013.

Abraham Dee Bartlett, Wild Animals in Captivity: Being an Account of the Habits, Food, Management and Treatment of the Beasts and Birds at the 'Zoo,' with Reminiscences and Anecdotes, 1898.

David William Mitchell, A Popular Guide to the Gardens of the Zoological Society of London, 1852.

James Bradley, "The Lessons to Learn Today From a Hippopotamus in the 19th Century," Sydney Morning Herald, June 7, 2019.

"Death of a Hippopotamus at the Zoological Gardens," Yorkshire Herald, March 14, 1878.

This week's lateral thinking puzzle was contributed by listener Marie Nearing. Here's a corroborating link (warning -- this spoils the puzzle).