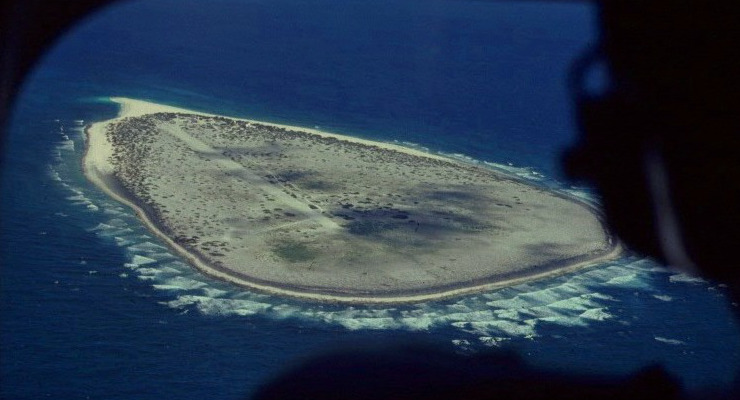 In 1761 a French schooner was shipwrecked in the Indian Ocean, leaving more than 200 people stranded on a tiny island. The crew departed in a makeshift boat, leaving 60 Malagasy slaves to fend for themselves and wait for rescue. In this week's episode of the Futility Closet podcast we'll tell the story of the Tromelin Island castaways, which one observer calls "arguably the most extraordinary story of survival ever documented."

We'll also admire some hardworking cats and puzzle over a racer's death.

In 1959 a Norwegian insulation manufacturer undertook to transport a three-ton block of ice to the equator without refrigeration.

Sources for our feature on the Tromelin Island castaways:

John Lichfield, "Shipwrecked and Abandoned: The Story of the Slave Crusoes," Independent, Feb. 5, 2007.

V. Laroulandie and C. Lefèvre, "The Use of Avian Resources by the Forgotten Slaves of Tromelin Island (Indian Ocean)," International Journal of Osteoarchaeology 24:3 (2014), 407-416.

Carl Thompson, Shipwreck in Art and Literature: Images and Interpretations from Antiquity to the Present Day, 2014.

Alexander G. Findlay, A Directory for the Navigation of the Indian Ocean, 1866.

A. Constable, Shipwrecks and Disasters at Sea, 1812.

This week's lateral thinking puzzle was contributed by listener Bryant Pocock, who sent these corroborating links (warning -- these spoil the puzzle).