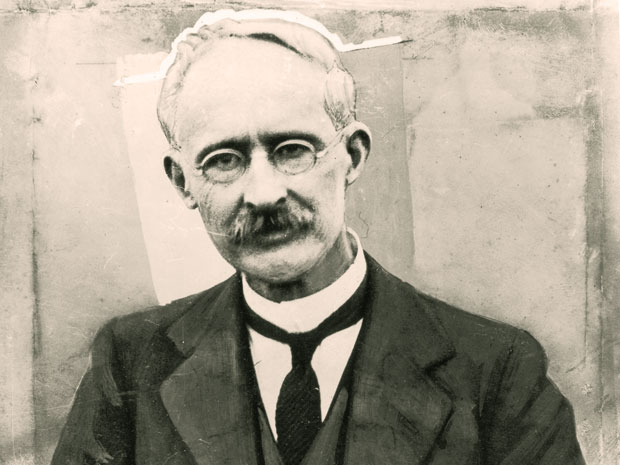 Insurance agent William Herbert Wallace had a terrible night in January 1931 -- summoned to a nonexistent address in Liverpool, he returned home to find that his wife had been murdered in his absence. An investigation seemed to show a senseless crime with no weapon, no motive, and no likely suspects. In this week's episode of the Futility Closet podcast we'll revisit the slaying of Julia Wallace, which Raymond Chandler called "the impossible murder."

We'll also recount some wobbly oaths and puzzle over an eccentric golfer.

Sources for our feature on William Herbert Wallace:

Roger Wilkes, "The 1931 Slaying of a Liverpool Housewife Remains to This Day the Perfect Murder," Telegraph, May 12, 2001.

Wikipedia, "Oath of Office of the President of the United States" (accessed March 30, 2017).

This week's lateral thinking puzzle was contributed by listener Jake Koethler. Here's a corroborating link (warning -- this spoils the puzzle).