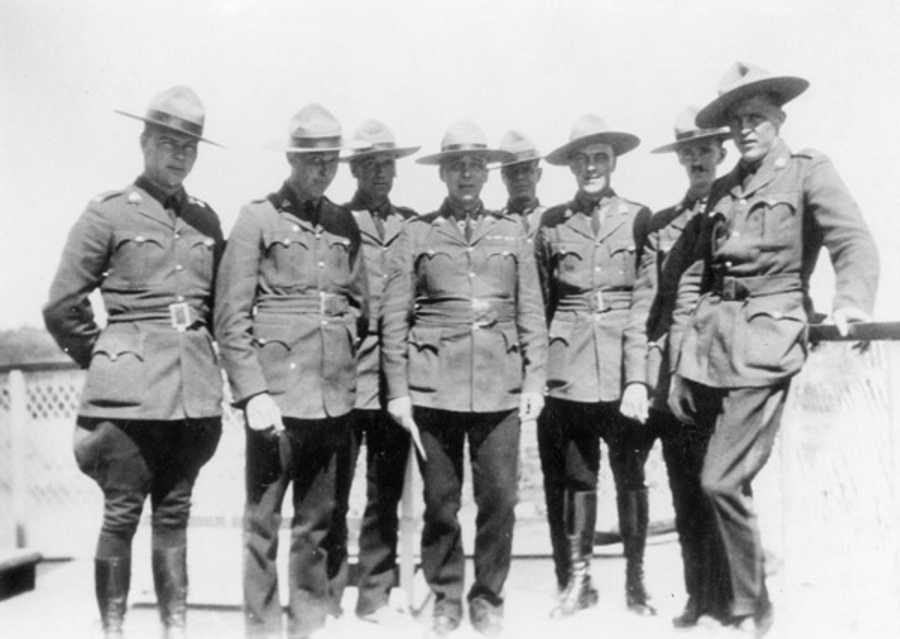 In the winter of 1931, a dramatic manhunt unfolded in northern Canada when a reclusive trapper shot a constable and fled across the frigid landscape. In the chase that followed the mysterious fugitive amazed his pursuers with his almost superhuman abilities. In this week's episode of the Futility Closet podcast we'll describe the hunt for the "Mad Trapper of Rat River."

We'll also visit a forgotten windbreak and puzzle over a father's age.

In 1978, Arnold Rosenberg examined idioms to trace a path to the most incomprehensible natural language.

RCMP constable Alfred King is at far left in the photo; constable Edgar Millen is second from right. Sources for our feature on Albert Johnson:

Adam Wernick, "Trees That Helped Save America's Farms During the Dust Bowl Are Now Under Threat," Public Radio International, Feb. 3, 2018.

This week's lateral thinking puzzle was contributed by listener Paul Bigler. Here's a corroborating link (warning -- this spoils the puzzle).